Grief, mourning and going on with life

My readers know I love animals, especially dogs and horses. My horse, Pretty Thing, lived to be 32 years old and was my darling. My poodle, Brandy, lived to be 19 years old.

All of our pets except for one, lived to ripe old age. They were treated well, fed well and well-loved. We had the reputation of having pets that lived forever.
But, no matter how old they are, when it is time to let them pass on or when they die unexpectedly as our Nikki did, we grieve. We grieve as we would if any family member was gone.

Over the years I have made a study of grief and why we grieve more over some and not so much over others although we loved them all.

The first person that I knew well and loved dearly, and who died suddenly in his fifties, was my brother-in-law, Stan. I was about six or seven years old when he burst into our family with his big smile, his boisterous nature, his laughter, and his hugs. I knew and loved him as much as I did any of my brothers for two decades and more. So I grieved and mourned his passing deeply. His presence in my life was far bigger than anyone knew. I think of him as the loving father I didn't have and the big brother who was not embarrassed to show his love for me. His passing left a place that can't be filled.

Brandy, my black miniature poodle, was the first big loss in my animal family. You can find his shortened story in Paws, Claws, Hooves, Feathers and Fins, Family Pets and God's Other Creatures. This little fellow was a wedding gift to me from my husband, Barry. I liken living with Brandy to raising a wild, but precious boy-child. He was not obedient and was very destructive, causing us to have to move to the country when he demolished our first apartment.

Brandy lived on the edge. When he had the opportunity to take a risk, he did it. The cows grazed quietly in the pasture near our house. They were enclosed by a three-strand barbed-wire fence.  Of course the fence meant nothing to my dog. And the cows looked much to peaceful and content to him. If he was outside his pen, he didn't waste time scooting under the barbed wire and making a bee line for the herd.

As I stood yelling and screaming at him to come back, Brandy circled the bovines barking at the top of his lungs. At first they ignored him, but, I suppose his noise-making got under their skin. Eventually one of the black and white milk cows had enough. She raised her head, looked at the yapping dog, and headed straight for him. That was the signal, it seemed, for the other cows to do the same. Big heads came up and the entire herd of forty started toward the little black dog.

Back in my yard, I continued to yell at Brandy. Now I was calling, "Brandy, come here" "Brandy run! Run, run, run!"

The mischievous little guy got just what he wanted. Every single cow was now after him, chasing him across the pasture. Brandy knew where he was going and they followed. At times I thought they were gaining and were going to trample him, but he stayed just about ten feet ahead of the lead cow, looking back from time to time, his red tongue hanging out of his mouth.
He came home just as I wanted, but he brought an entourage of hoof beats from forty beasts pounding right behind him.

I stood rigid, holding my breath, scared senseless, and praying that my little buddy would make it. Afraid to look! I could not stand to see his body mangled by the sharp hooves.

But Brandy was shrewd. He knew exactly what he was doing, and I am sure he was laughing in his own doggy way.

He slowed down just enough to let the cows think they were going to get him, and then he skittered under the bottom strand of wire with their hot breath on his curly coat.

He ran around the yard, then jumped up on me. I knew what he was thinking. "See Momma, I didn't get hurt, and I had a lot of fun."

Brandy Beall lived to be nineteen years old, was nearly blind and totally deaf. I found him stretched out on the carpet in my bedroom one rainy afternoon. He didn't wake up.

My days and my nights were not the same without Brandy. I missed him so much I could not speak his name or talk about him to others for months.

I believe we grieve most those whose lives are entwined with our own, those whose very existence is a part of who we are. Husbands and wives miss each other more because they have become almost one person over the years as my husband and I did. When everywhere you look, everything you see, touch or feel reminds you of your loss, the pain just grows deeper.

I know that Stan, my brother-in-law, made a giant impression on me from the earliest days of knowing him. What made him most special to me, when I was a kid, was he listened to me. I could tell him what vexed me and what made me happy. He knew what I loved and what I did not love, what I feared and what I was not scared of. He approved of me and let me know it. When he didn't approve, he let me know. His death left a hole in my life too big to ever be replaced.

My little Brandy gave me memories I still cherish and always will. He loved me unconditionally, as our dogs usually do. He and I were so attached that I often think Barry was jealous of my attention to him.

For months I would forget he was gone. I looked for him around me, expecting him to be near me. Then the punch in the gut came, feeling the emptiness when it dawned on me that I had buried him out by the stable.

They say that tears of grief are just ways of showing you loved someone, and I shed many when I lost my three brothers, my sister, my dear sister-in-law, my parents and my beloved husband.  I didn't think I could endure all those losses of people I love. But I have. What choice do I have?

I have lost my sweet, loving Samoyd, Kodi, and Rocky, the best dog ever.
I grieved more and more. So much sadness, and I still cry over those I loved, human and animal, who have gone on. But each day arrives with new possibilities.

What will I learn today? What can I do, what will I do, today that might make a difference? I know I will mourn for the rest of my life, but somehow, I found a way to departmentalize grief while going on with living. I hurt for those who cannot do that.

I hope your holidays will be happy and filled with fun and good memories. Make great memories this year. Don't let petty things from the past cause hurt feelings or sadness. I found that being thankful for my family, my friends and for still being alive on this earth to enjoy each sunrise and each sunset gives me peace. May you have that peace this Thanksgiving.

We all must find our own way through grief. Your own losses are numerous, but you write with much love and optimism. I am grateful to know you, Glenda.

I have also known grief. And still grieve for those who are gone. It isn't something to get over. Indeed part of me thinks that 'getting over it' is disrespectful of the person/animal we have lost. Instead, I try and adapt to the new normal that their absence has created, adapt to it, and continue to remember them with love.

DJan, thank you I am grateful for you, my friend. Happy Birthday!

EC, good way to deal with grief. I agree. We don't get over it, but we must get used to their not being here and a part of our lives every day. But we can remember them with love.

A touching story about your animals and loved ones who have passed.

Hoping you will be well and have a Merry Christmas and Happy New Year!

So not only did you teach me about writing memoir, you also taught me about reading and thinking about how others write memoir. Thank you so much!
-Rebecca 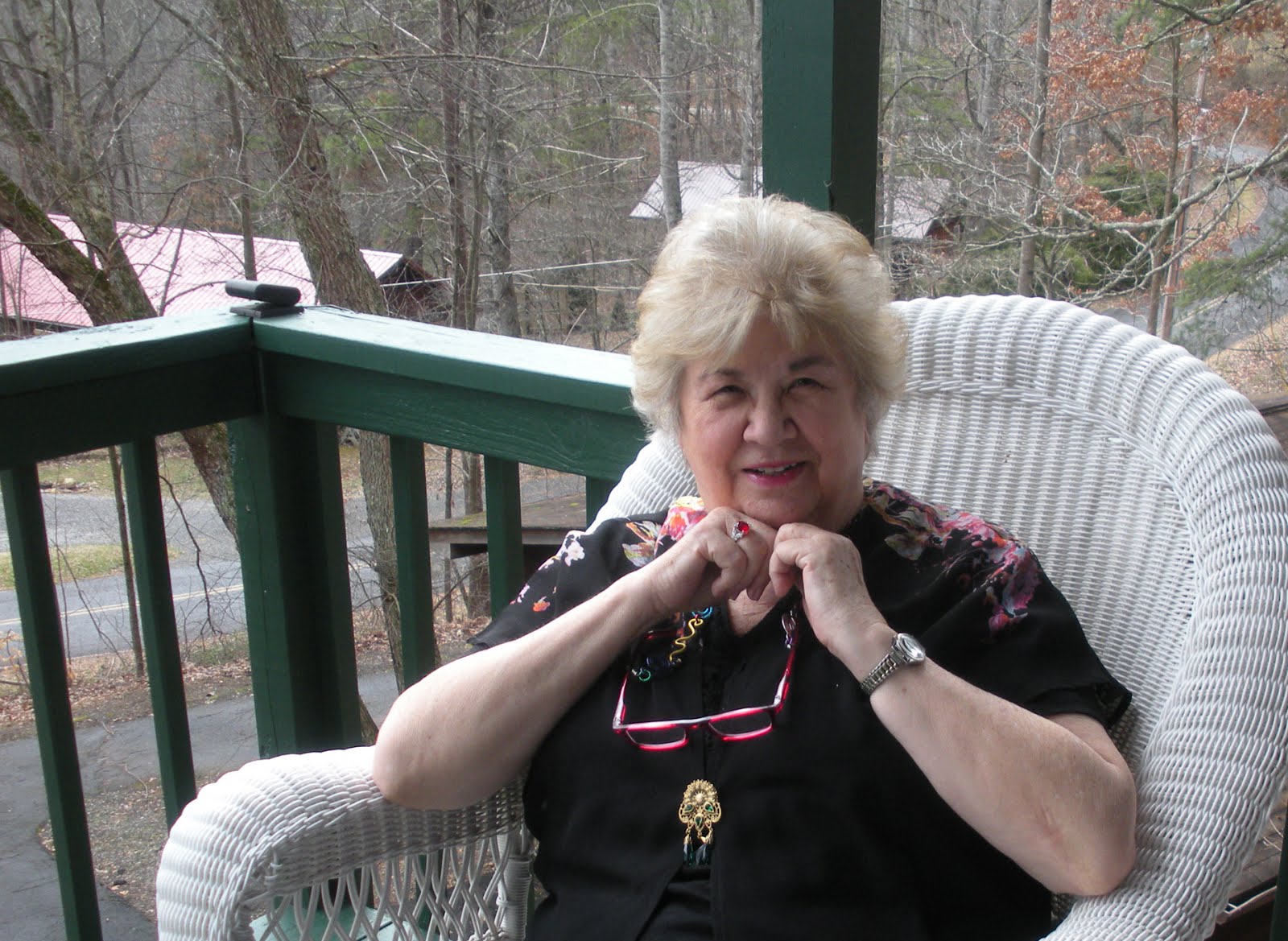 Another post on How Do You Want to be Remembered 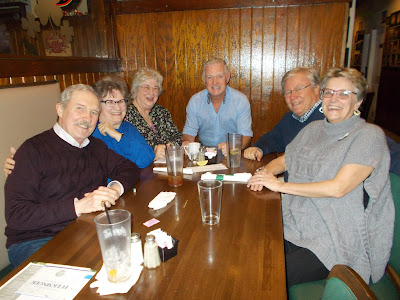 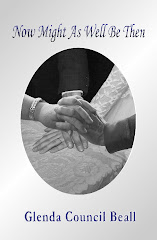 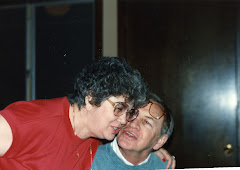 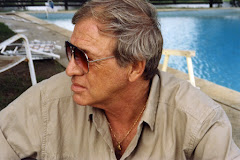